HOW TO PHOTOGRAPH NUDE WOMEN 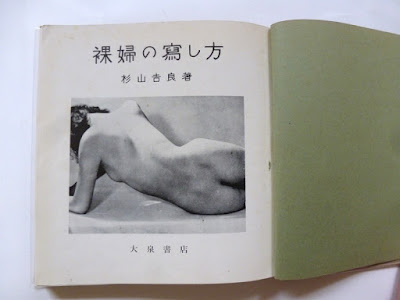 It is rather like deciding on having dinner at a Japanese restaurant and finding that the menu is in Japanese only, and the waiter does not speak a word of English. Total bewilderment. It is quite some time that I bought these two books of nudes. I suppose at the time I was fascinated by the exotic quality of the books rather than the artistic quality of the photographs , or the women portrayed. In later Japanese editions there is usually something to go by, a date, a publisher, but here there was no clue whatsoever. Japanese characters, an obscure stamp pasted in, but nothing identifiable. I vaguely remembered the book had some sort of instructional title, ‘How to …’, which seemed to be borne out by a number of diagrams and drawings clearly intended for artistically-minded amateurs with an understandable ambition to create of book of nudes of their own. 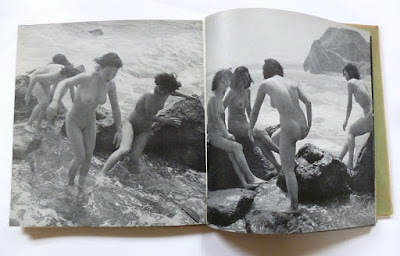 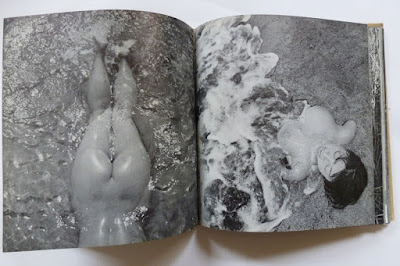 But who took these pleasant, but harmless pictures? Not a clue. Fortunately, there are always the experts. I had a faint recollection of buying a book at an American bookshop specializing in Japanese photobooks, and after a couple of misspellings I traced them: Mikitimi Books & Prints. Perhaps they could help me out on this mysterious photographer. And they could, for there they were, my Nippon nudes, complete with dustjackets and all: Rafu no utsushikata [‘How to Photograph Nude Women’], and Zoku rafu no utsushikata [‘How to photograph nude women again’], by Kira Sugiyama, published in 1950/51. Both books are described as ‘historically important’. 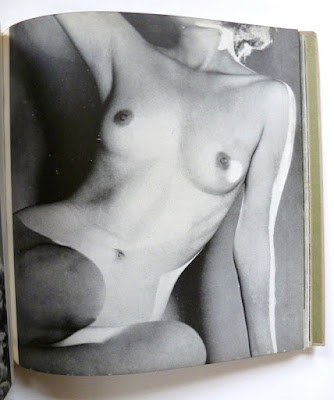 As a rule, the phrase ‘historically important’ is a way of damning by faint praise. It implies that these photographs may have been considered groundbreaking at the time, but that to more modern standards they have little to recommend them. And there is some truth in that. The models are frolicking about in nature, their bodies retouched in vital spots, radiating innocence and happiness. It is only very rarely that the photographer ventures out into slightly more experimental approaches. To appreciate these pictures, we must be prepared to view them in a historical perspective, abandoning more contemporary notions of artistic quality. Bertolotti, in his standard work Books of Nudes, suggests that these photographs were modelled on the American pin-ups pf the 1950s and on photographs taken by André de Dienes in France for the Nus albums at the same time. My esteemed colleagues of Mikitimi Books, to whom I owe so much here, even speak of ‘sixty-year-old nostalgia from the ‘Dienes of Japan’. But again, if a sense of nostalgia is a prerequisite for appreciating these pictures, it will be clear that these volumes, exotic as they may be, are of interest chiefly for the historians of modern photography. But, of course, there is a good deal to be said for that as well.
Posted by prentwerk at 03:38 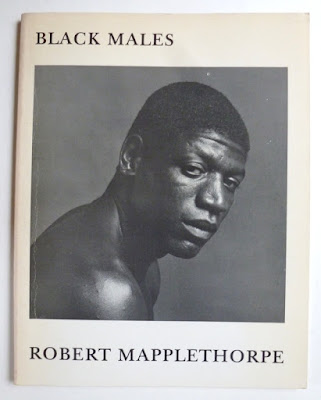 Up to the end of the seventies, Robert Mapplethorpe's tempestuous career as a photographer was focused mainly on New York. The first champion of his work in Europe was Amsterdam gallery owner Rob Jurka, who put on his first European show as early as 1979. He also published a catalogue, now a rarity, but fortunately, an ardent Dutch photobook collector put an impression on YouTube:

In 2015, Mapplethorpe's Man in Polyester Suit was auctioned by Sotheby's for USD 478,000. From the catalogue note:

Prentwerk is proud to offer the original Black Males catalogue, SIGNED by Mapplethorpe himself. Perhaps sadly, Man in Polyester Suit is not included, but a rare and interesting item all the same. 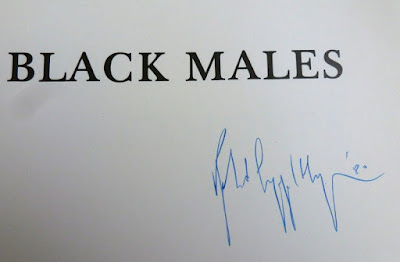 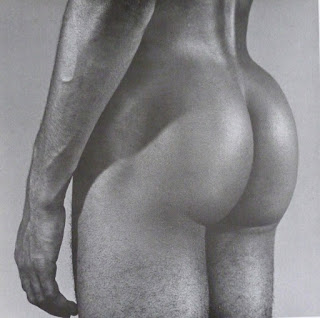 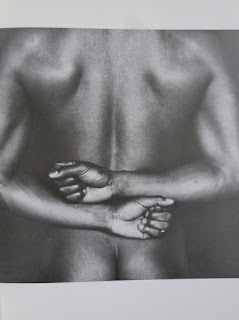 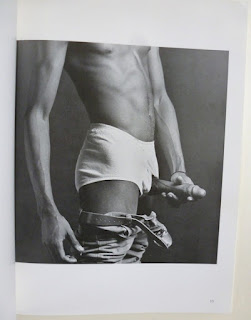 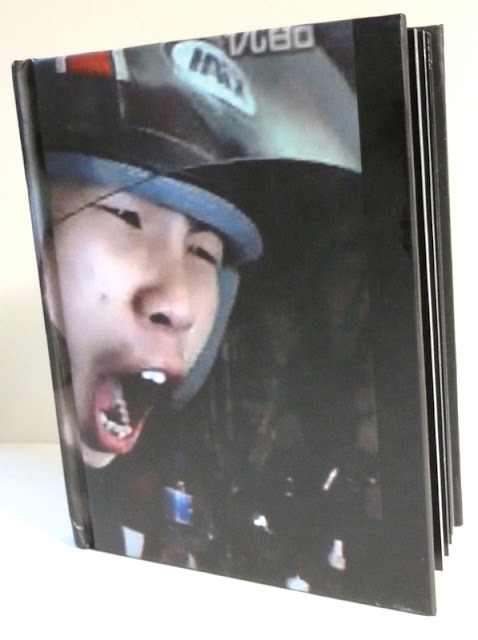 In 2007, Dutch photographers WassinkLundgren won the book prize at the Rencontres d'Arles with Empty Bottles, a photobook that caused a small stir among purists because of the methods applied, but nevertheless made its way into the second volume of Parr & Badger's The Photobook: A History. Ever since they have been turning out 'conceptual' photobooks at regular intervals, among them this small, slightly hilarious collection of photographs of people doing their own versions of the internet hitsong 'Disturbed', performed by Chinese diva Gong Linna on the occasion of the Chinese New Year. 'Her resonant voice modulation, extreme facial expressions and powerful gestures inspired a great number of viewers to record their own versions of the song. Moments of private joy in which nothing else seems to matter.' 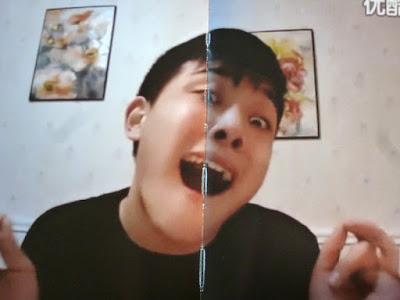 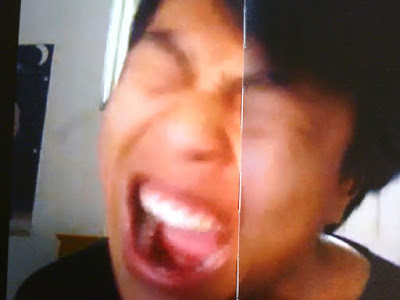 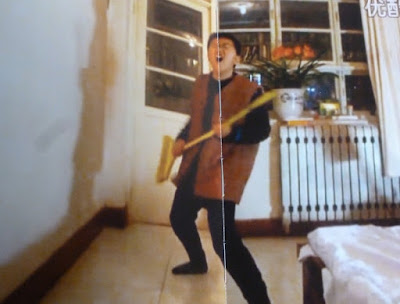 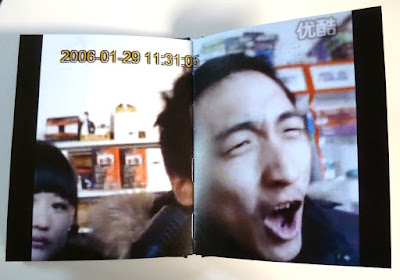 
And just in case you feel tempted to give it a try yourself, here is what all this is about. Aaaaaaaao! Do close the bathroom door. 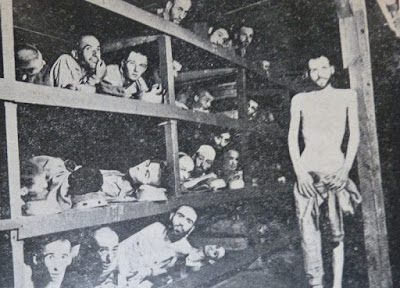 The first post in the new Prentwerk photoblog is rather different from what I had anticipated. I was planning to do a bit on Erik Kessels and ‘found photography’, but all of a sudden a publication of a very different nature came my way. And quite a serious one it is, too. Nothing glossy, nothing artistic or nothing conceptual about it. Poorly reproduced photographs printed on cheap paper, published with one aim only: exposing the Nazi atrocities of World War Two.

I find there is something slightly uncomfortable about this change of subject, something to do with ‘art’ and ‘life’, and perhaps a vague sense of shame for concentrating on 'art', while at the same time unimaginable atrocities like these are going on in the world, even today. Photography is not only about art, is it? At any rate, it shouldn’t be. It should capture life as well, even at its most unpleasant. If it is doesn’t, what’s the use? But I’ll have to think that over, I suppose. 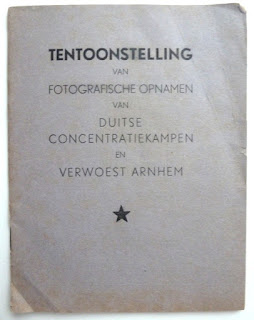 The publication in question is a small, flimsy catalogue published in 1945 to accompany an exhibition of photographs. In the year following the defeat of the Nazis, exhibitions of photos showing the horrors of the concentration camps were a way to show people both in Europe and the US what had been done by the Germans and their allies, and, eventually, to build support for the idea of war crimes trials. Apparently, one such exhibition was organized in the Netherlands, although the brochure states neither place nor publisher. We are merely informed that the photographs were provided by the U.S.I.S. (United States Information Service, Photographic Section, Amsterdam) and Jan Schiet, photographer, Amsterdam. Despite the title, however, there are no pictures nor text referring to Arnhem, the Dutch city on the Rhine that was the scene of the failed operation Market Garden in 1944. The Arnhem material may have appeared only in the exhibition itself. It seems likely that the photographs of the destruction of the inner city of Arnhem were all taken by Jan Schiet, an Amsterdam photographer who is mentioned in a short notice on the inside cover. But none of them are included here. 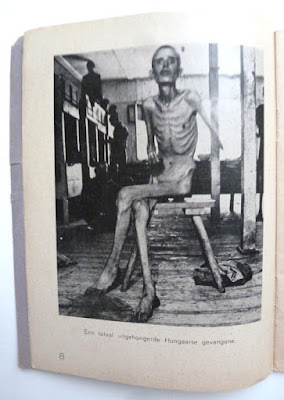 The photographs are of a particularly gruesome nature. They show us what the allied forces found when they liberated Dachau, Buchenwald and other concentration camps: corpses, starving inmates, humanity at the verge of despair. Perhaps the most intriguing is the famous and controversial photo supposedly depicting Nobel Laureate Elie Wiesel in Buchenwald (first published in the New York Times on May 6, 1945 with the caption Crowded Bunks in the Prison Camp at Buchenwald’, taken inside Block 56 by Private H. Miller of the Civil Affairs Branch of the U. S. Army Signal Corps on April 16, 1945.
But this is a picture with a story. It is the photograph that Allied Supreme Commander General Dwight David Eisenhower ordered, in April 1945, to be posted in every German town and city to show the defeated population the ‘true meaning of Nazism’. 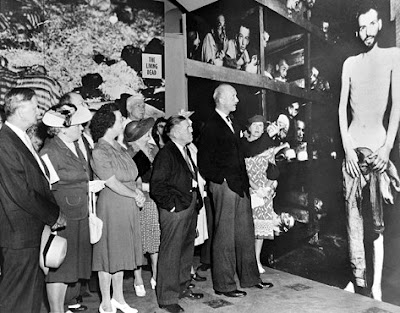 A huge blown-up version then went on tour in the United States for the same purpose, to impress on the American people what evil they had gone to war against. It was plastered on the front pages of newspapers across the country. Thus it became one of the most iconic images representing WW II and of what later came to be known as the ‘Holocaust’. 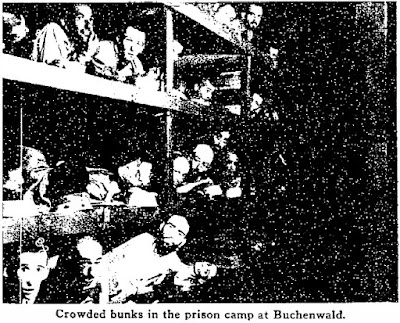 It was only much later, however, that the photograph was exposed as a fake. The standing figure on the right was not there in the original picture at all. It was added later, for dramatic effect. Moreover, severe doubts were cast on the true identity of one of the other men, allegedly Elie Wiesel, celebrated author of books on the Holocaust and winner of the Nobel Peace Prize for 1986, who claimed he recognized himself in the picture. Fierce controversies arose, fired by his opponents who made it their mission to denounce Wiesel as a fraud (‘Show us your tattoo!’) and who even set up special websites to prove their point (see below).

According to my American colleague Dan Wyman, the only other antiquarian bookseller to offer this title, to whom I am indebted for some of the information presented here, OCLC lists only 4 copies of this brochure worldwide, all in the Netherlands (Sept 2015). One of them is in the library of the Jewish Historical Museum, Amsterdam.

- In good condition, with slight signs of use (small fold in front cover, small tear and some spotting of back cover.
For a detailed discussion and more photographs, see

There is just one thing left to do: to put a price on it. Publications like these are priceless, and yet they have to be priced. Dan Wyman has done so (see www.addall.com/used), but I am not sure. Let us just say the price is 'negotiable'.

WELCOME TO THE PRENTWERK PHOTOBLOG 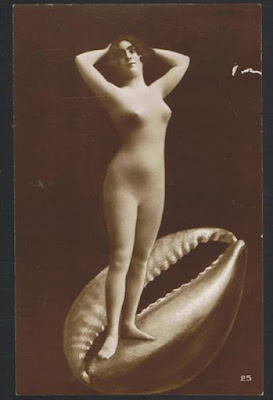 Welcome to the new Prentwerk photoblog! This is the fourth (and probably last) of the series of Prentwerk blogs each devoted to a specific field of interest within our area of business, the others being Modern and Contemporary Art (International), Dutch Art and KunstForum Noord (local art from the northern provinces of Holland). The aim is a modest one: not to write lengthy treatises on photography and photographers, but to present interesting recent acquisitions, with, perhaps, some occasional observations on the side.

If this sounds interesting enough, please subscribe by typing your email address in the box at the bottom of the page. We hope to make it worth your while.

For detailed descriptions, more pictures and prices, check out the Prentwerk website at www.prentwerk.nl


KunstForum Noord
(on art from the northern provinces of Holland)